By the time it came to start on the HSF challenge 15, The great Outdoors, I was pretty drain sewing wise. I knew that if I was going to compleat this year of cahllenges I needed to give myself a break and make something simple once in a while.

So I decided to make something I’ve been thinking about for a while – a regency spencer.
But then I realised that I only had scraps left of lovely brown coton vevet I’ve wanted to use. and I did like the idae of buying even more fabric.
So I re-calculated and decided to make a sleveless spencer instead. And while I was at it why not turn it in to a west compleatly.

I used the Simplicity 4055 as a guide to get the overal line right, since I wanted the west to go over the yellow dress I made from the same pattern. 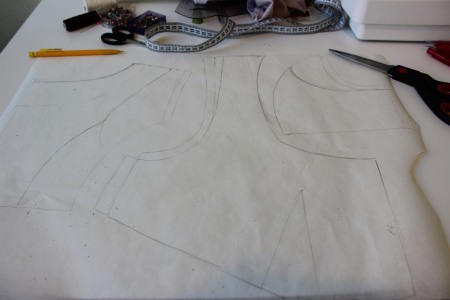 I made some changes, like added a dart and re-shaped the back.

Then I cut it, made a mock-up and tried it on.

It fit pretty well, but I didn’t really like the high neckline.

So I marked the new neckline and cut.

Ok, so it looks pretty stupid in these pictures but I like the tought of the lower necline and the dress showing.

When the pattern was fitted properly, I started to cut the fabrics – velvet, cotton lining and cotton twill for interlining.

I stiched the back seams and basted the shoulder and side seams together. 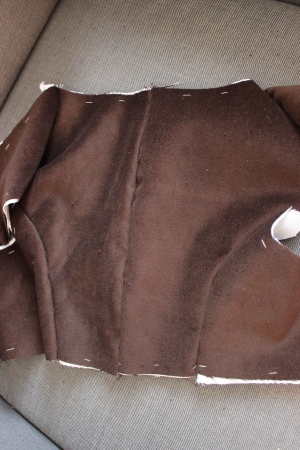 A first version to try on. 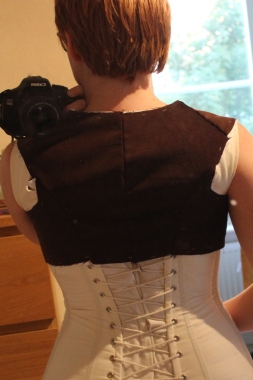 It fit perfectly, even though the new lower neckline didnt really show due to the seam allowence.

I didn’t like the bust darts though, so I marked hem for shortening. 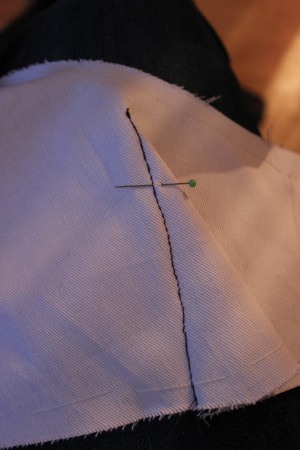 I toyed with the idea of skipping the dart and gather the bust instead. But decided it looked to bulky on the velvet. So I restiched the darts instead.

Then I putt in the lining, fideling a bit on the arm holes.

The last piece to attach was the waistband, which I stiched to the lower edge.

I made one edge of the wasiband longer to make a cross over clouser.

Before turning the west right side out, I made sure to notch all the curved seams to make everything lay nice and flat.

I used a regular bath towel when iron the velvet as to not crush the pile. 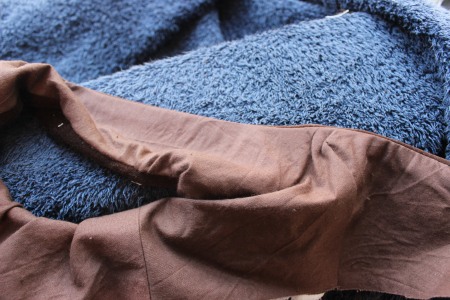 Lastly I attached some buttons and the hooks and eyes for the clouser.

The finished piece (paired with my yellow regency gown): 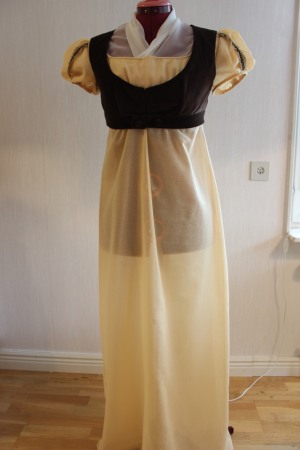 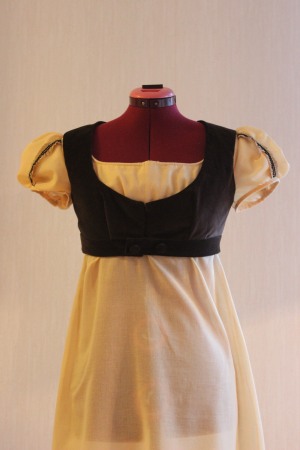 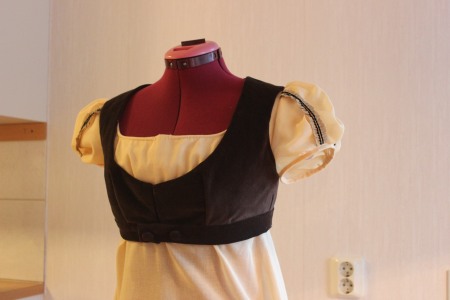 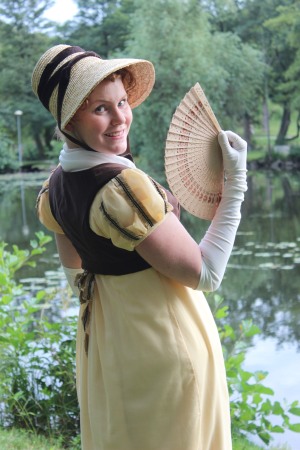 Pattern: I used Simplicity 4055 as a guide, but re-shaped it quite a bit..

How historical accurate: not much I fear – even though it is compleatly hand sewed. I havn’t found any sources on this kind of wests.

Cost: Basicly free since everything was leftovers from previous projects but if I would have bought it now it would probably be about 150 Sek (22 Usd).

First worn: For photos in the middle of august.

Final thoughts: I’m not happy with the bust. It looks rediculus and I have no idea how to fix it. Perhaps gathering will be my only alternative after all.

2 thoughts on “An Outdoorsy Regency Spencer (sort of)”

Our local 19th century comunity (which I'm a part of) did an article about me on their webpage. You can read it at www.1800.se (in Swedish)
Still working on the pleated decoration for my 1879s natural form era spring suit.
April continue to test our patience and once again brings on the snow, so here is my Regency Bridgerton dress again.❄
I've had the honor to test @virgilsfinegoods new 18th century dress pattern during the spring.
Things are moving along on my 1879s striped springdress.
#throwbackthursday to 9(!) Years ago when I tried a bit of a 50s look.