Last week my boyfriends new book came out in stores. It tells the story of our towns hockey club and some of the people who’s been active during the years. I’m no fan of hockey (nor any sports for that matter), but I think he made a great job making the book, and hopefully it’ll be easy to sell.

This autumn he also started his own busness, doing spelling-checks and corrections to other peoples texts. (but obviosly not mine…)

So when the book released I thougt it would be aproperate to give him a gift that symbolises his new cariere.

He needed to get his own Logotype.

Since his busneass name is “Hajgudens Ordbyrå” (something like “The shark-gods word-firm”) the logo needed to include a shark. So I went surfing the net. 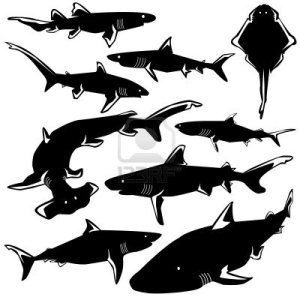 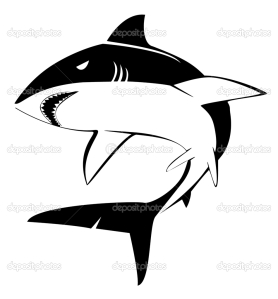 I like this one the best. It’s simple, stylished and looks good. 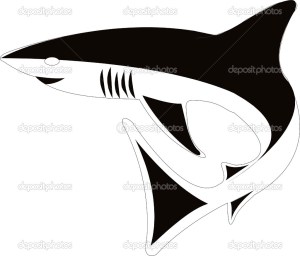 So I brought out my painting brush and painted the shark on a money-box. 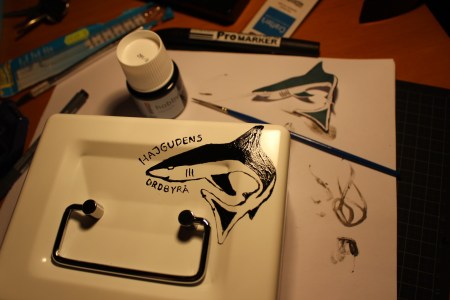 The symbolism is pretty clear – this is were to keep the earend money. 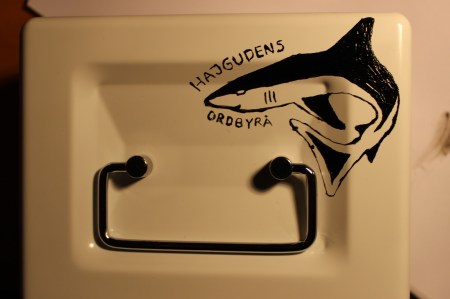 I also drew one on paper, scaned it to my computor and printed it on photopaper. Then I framed it.

I’m pretty pleased with the design, even though it was a rush job, and hopes to se it on busniess cards someday.

A pic for #historymirrormonday I took a week ago just before #StoraKrinolinDagen
Look at this beautiful silhuette @kerstinmelin made for me for #StoraKrinolinDagen
Got reminded of this pic from a few years ago of me and my sister in our 1850s underwear.
Just sent this handsome fellow of on new adventure.
Pattern drafting monday.
A sneak a peak of my latest make. Just adding the finishing touches.